Showing posts from May, 2016
Show all

The Case of the Running Bag - The Creation of Jonas Watcher

The Continental Op  was a collection of short stories by Dashiell Hammett which defined the tough-guy private detective for generations to come. Want to write detective adventure stories this is a must read. Take the characters out and place them in another genre and you can create some credible and fascinating stories. Remember to use the as a template, don't plagiarize. On the Dock By the Bay I was reading a short story that involved a faithless husband and I found myself asking "What if?". The idea for a story was born and I played with it in my imagination for about a month. I had the beginning of a novel, but I had yet to develop my private detective. I needed to come up with a way to introduce my hero and make it unique and interesting. Having my main character start out as a derelict wasn't a new idea, and I need to put him into peril immediately. I had to give his introduction something unique and interesting. Then I remembered an article I had read a
Post a Comment
Read more

Where do I Get my Ideas for Stories? 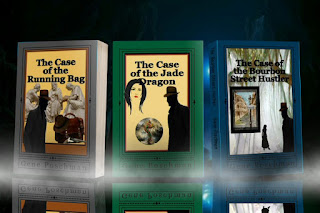 The Three Novels of the Jonas Watcher Series I have now written three novels in the Jonas Watcher series. I have three more I am trying to organize as to which one I will choose next. There are another three or four on the back burner. Initially, I get an idea and I let my imagination run with it. After awhile I will bring it into focus and I will create a working title. I put that on my computer and then I will add notes and comments until it begins to flesh itself out, and then I will begin my outline. My outline doesn't follow any format, no numbers, no indentation, no structure except that I create chapter titles, (working titles) for thought organization. I have had as many as three going at one time in this mode, though new ideas pop up all the time. While I am in the outlining mode, usually one story will find itself in the forefront of my imagination and that will be the next novel in the series. Gene Poschman I have been to a number of conferences and invariab
Post a Comment
Read more 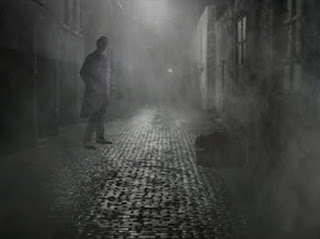 Want to Make the Gods Laugh, Tell Them You Have a Plan I have been working on the Jonas Watcher Series for about two years, I am starting my third year. When I thing about books, I usually start with an idea. Next, I develop a title. It helps to give me direction as to where I want the story to go. The title may change a bit, but it is usually pretty close to the original title. "The Case of the Jade Dragon" was born from a scene from an old "Have Gun, Will Travel" episode. Maybe on day I will tell which one, though those who are familiar with the series may be able to figure it out. As I work on novels, ideas and title come to me for new ones and I will put them down. I will also do some outlining. That way I don't lose the story. I have completed three novels in the series and I have six in some form of development. I have been settling down to tackle the next novel in the cycle when I realized that the cycle may be wrong. I decided to get some feedback.
Post a Comment
Read more
More posts