Showing posts from January, 2016
Show all

Research and the Science of Zombies 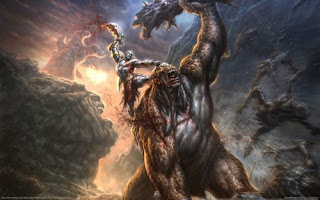 Taking the Subject Off Target to Get Back on Target To most myths there is always an element of truth, and zombies are no exception. To make my point I will travel back to ancient Greece and the mythical description of a great battle between an army of Cyclopes and the gods. So horrific was this battle that the bones of dead Cyclopes littered a valley. As additional evidence, there had been so much blood that the mud of the valley had been dyed red. For generations stories had been handed down about the battle. For proof that the battle had taken place, the weaver of the story would show the valley with the ground that had been dyed red with the blood of the dead and wounded. Then to add additional proof the teller of tales pointer land littered with the bones of the cyclopes, the giant one-eyed monsters. Of course, today we know the truth, the clay in the valley floor contains large quantities of iron which makes it red. As for the bones that littered the ground ... Mammoths
Post a Comment
Read more