March 18, 2018
To the right is a cover idea I have for the fifth book in the in the Jonas Watcher Detective Adventure Series; "The Case of the Laveau Curse". Please take a look at the cover and tell me what you think. 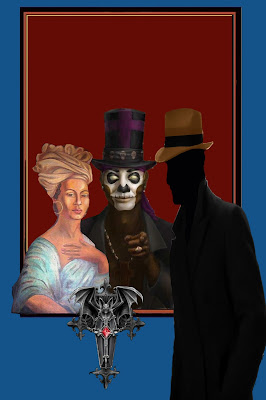 The book is due to come out this summer. Here is a synopsis of what's to come...

Jonas Watcher's has been asked to return to New Orleans by Georgette Maveaux.

Her son came for a visit and he has disappeared into the Bayou.

While the issues of Jason's previous visit were very much worldly, he is now to be confronted with the mythology of Southern Louisiana.

A decedent  Marie Catherine Laveau has demanded payment for a hundred-year-old debt.

Baron Samdi has been approached to collect that debt. A Vodou ceremony is held to bring the Baron from the other world and Jonas is witness to the process.

After all the theatrics Jonas meets with Doc? He is a GP who practices in New Orleans and on the edge of the Bayou. He is an expert in Vodou and other mystic arts. He is cantankerous, outspoken, and is not easily frightened. But when Georgette Maveaux disappears Doc warns Joseph off.

Joseph learns that there is a war brewing in the Bayou. Worthless swampland has always had oil under it, but now it can be drilled for. It means big money and there are those who would resort to anything to come out on top.

The mythology of the Bayou mixes with the mythology of New Orleans and Jonas will need to use all his weapons to stay alive and rescue Billie and Georgette.

Jonas is very much a twentieth-century man who has been dropped into a culture of Rougarou, zombies, voodoo, and vampires?

That laughter you here are from Clotho, Lahkesis, and Atropos, the sisters of fate, and they can be fickle bitches. 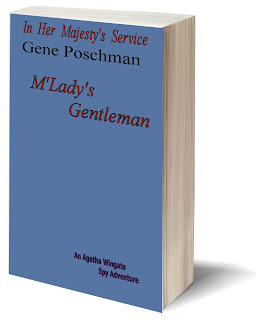 On Amazon, "The Case of the Running Bag", which is a free eBook, is number 8 in Young Adult Mystery and number 30 in Fiction historical mystery. Was it an accident, or was it an Attempted Murder? A socialite's missing husband. A dead private detective. And a dangerous game of impersonation... It all started when Jonas Watcher found a business card along with some keys – curious... some money – a really good thing... and a gun definitely deadly... It's the nineteen thirties and Jonas Watcher must solve the mystery of the dead PI if he wants to stay alive. “The Case of the Running Bag” is the first novel of the Jonas Watcher Detective Adventure series. It features a traditional P.I. dealing with extortion, kidnapping, and murder. Author Gene Poschman brings back the hard-boiled detective novel, featuring the romance and humor reminiscent of Dashiell Hammett and Raymond Chandler. Pick up a free copy of the first book in the Jonas Watcher series and s
Read more 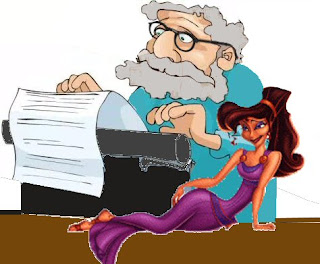 Or Anything Else I Am Going To Write Gene Poschman and Muse I am a Novelist or Author. I work in Fiction. The Outline Process I am going to describe to you works for me because it is simple and anyone can use it. I'm sure somewhere there was a teacher who provided you with outline structures. A great way to organize your thoughts. Start with a Roman Numeral one and then use capital letters, etc. Nothing will stifle your creativity faster than trying to remember rules about how to outline. If formal outlining is second nature to you, then go for it and you can stop reading this article. On the other hand, if you keep chasing away your muse with the boredom of outlining then stop! Put down your pencil and take this short journey with me. I am explaining this process for writing a novel, but it will work for any type of writing. If you are a writer, you will be able to figure it out. First, have a title. It doesn't matter if it is a real title. Have a name for your wor
Read more